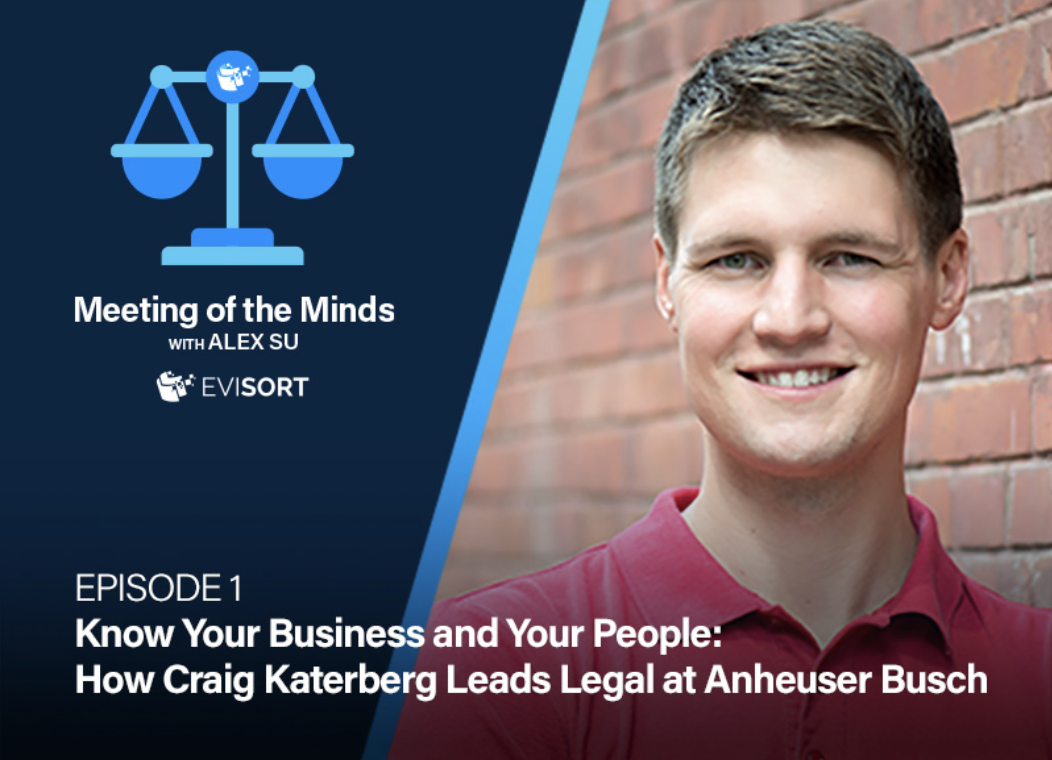 Craig Katerberg joins us on the show to share what it means to be a true partner to the business, and his thoughts on implementing technology and legal operations. We’ll talk about his international legal career, which began in New York, and took him all around the world, including Shanghai and Melbourne. We discuss his management philosophy, and how he’s able to unlock the true talents of his team. It’s a great thought-provoking conversation and you don’t want to miss it!

Craig is the General Counsel at Anheuser Busch. Since joining A-B InBev in 2012, Craig has led teams in Australia, Asia and Europe. He previously worked at Simpson, Thacher & Bartlett and for the City of New York under Mayor Bloomberg. Craig holds degrees from the University of Chicago and from Northwestern University School of Law. He was born and raised in Grand Rapids, Michigan.

Ready to shift to Contract Intelligence?

Take the Evisort Challenge. We’d love to show you, in real-time, how Evisort works on your contracts.

Get a DemoTry Evisort for Free